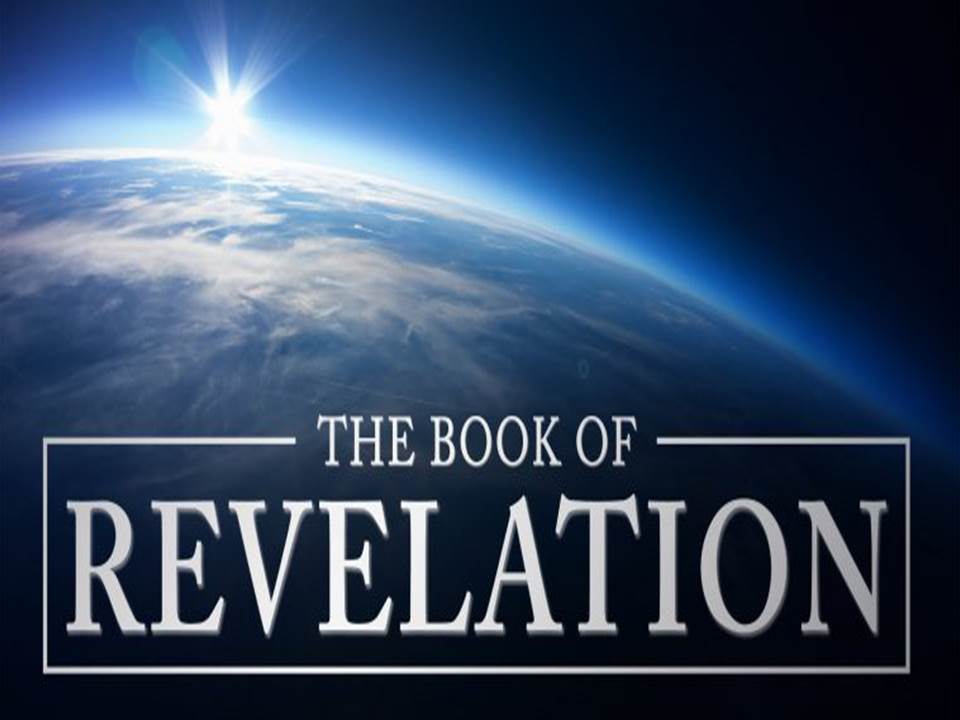 How to read Revelation – Revelation was written by John (could be the apostle John or an early church leader) to encourage 1st century Christians experiencing persecution at the hands of the Roman Empire to stay faithful to Jesus through the suffering. They are encouraged that Jesus is on the throne, that God is in absolute control of history, and that He will one day put a final end to all evil, judge all the persecutors, and take His people to be with Him forever, restoring what has been lost and broken in a perfected new heavens and new earth. Although Revelation was written to 1st century believers, it has application to Christians in every time period that struggle to walk faithfully with God through suffering and to resist the temptations of the world. It is a letter belonging to the genre of apocalyptic prophecy, wherein matters of the future or the spiritual realm are unveiled, usually through angels, in fantastical imagery and symbols and numbers. John literally saw things, but the things he saw are often symbols and images meant to represent something else (i.e. dragon representing Satan, a lamb representing Jesus). Revelation also uses a lot of typology, referencing over 250 Old Testament verses, people, and events (e.g. Jezebel, Armageddon, Gog and Magog, the Exodus) to illustrate what is happening or will happen. Finally, the visions of Revelation are sequential but not chronological, in that John sees vision after vision that shows him the same time period – from Jesus’ ascension to his return – from different perspectives or highlighting different aspects.

Sept 8th – Revelation 1:1-20 – There is an earthly “reality” and an unseen heavenly Reality. There is what we see with our eyes, and then there is what God is doing behind the scenes, which we often can not see. Revelation pulls back the curtain to show us what is really going on in the spiritual realm. Our earthly perspective is often both limited and deceiving. We need God to open our eyes to spiritual reality, that there is an eternal, sovereign God, and a Lord and Savior, Jesus Christ, who conquered sin and death and helps us to stay faithful through the suffering.

Sept 22nd – Revelation 4:1 – 5:14 – John sees a vision of God being worshiped by all of creation in His throne room, showing us that there is a God that we were all created to worship. John also weeps as he sees no one worthy to open the scroll and fulfill God’s plan of salvation. But his weeping turns to rejoicing as he sees Jesus, the Lamb who was slain, being found worthy. There is hope, and there is salvation, because of Jesus’ death for us.

Sept 29th – Revelation 6:1 – 8:5 – John sees the seven seals opened and the plan of God unfolding. We learn that if you belong to God, suffering will not destroy you but will refine you. We see that if you reject God’s offer of Jesus for your sins, you will experience a final judgment. And we learn that for those who belong to God, there will be a final end to suffering.

Oct 6th – Revelation 8:6 – 11:19 – John hears seven trumpets with visions of suffering and judgment. They show us that suffering is meant to wake us up to our need to repent and get right with God. We learn that we are called to be witnesses, calling people to repent and believe the gospel. And we see that in the end, Christ will reign and evil will be destroyed.

Oct 13th – Revelation 12:1 – 15:4 – John sees seven signs that show Satan trying to destroy God’s Messiah and then God’s church. We learn that Satan is a fallen angel who is our adversary, the enemy of God and his people; the accuser and slanderer who wants to convince us of our worthlessness and guilt; a deceiver and liar who tries to lead us astray; the tempter; and a defeated enemy, who Jesus has already defeated. We just need to stand firm in the victory Jesus has won for us.

Oct 20th – Revelation 15:5 – 18:24 – John sees seven bowls poured out with seven plagues, warning us to come out of Babylon, for her destruction is coming, and all who belong to her will be destroyed along with her. We learn here that God will judge all who oppose Him and His people, and that Babylon represents all the kingdoms of the world that are like prostitutes trying to seduce you away from your true lover, the Lord. Nothing in this world can satisfy you, so come out of Babylon and find your satisfaction in the Lord. Do this by not storing up treasures on earth, but seeking first God’s kingdom and seeing the attractiveness of the love of Christ.

Oct 27th – Revelation 19:1 – 20:15 – John sees the final destruction of the unholy trinity – the beast (the ungodly kingdoms of the world), the false prophet (the propaganda machine of those kingdoms), and the dragon (Satan). Evil and death are destroyed forever, everyone experiences the final judgment, and the righteous are united with God forever.

Nov 3rd – Revelation 21:1 – 22:5 – History ends with a new heavens and new earth, as evil is destroyed, the curse is broken, heaven and earth are joined, and God dwells with resurrected believers forever. John uses wedding imagery, showing us that earthly marriage is temporary, a sign pointing to the greater reality of Christ’s relationship with His people. In the new heavens and new earth, we will have the love, intimacy, joy, and security we have longed for in earthly marriage.

Nov 10th – Revelation 21:1 – 22:21 – The new heavens and new earth means that we will experience healing from all suffering and death, that there will be no more decay but that everything will be perpetually new, that we will have perfect peace and security, that our good works matter eternally, and that God will be with us forever. We pray that Jesus would come again quickly to cause this to be so.

Quotes from the series:

“For the near-blind you have to draw very large, simple caricatures.” - Flannery O’Connor

“I will not love a world that crucified him, neither cherish nor endure the sin that put him to grief” – Valley of Vision

“I think we delight to praise what we enjoy because the praise not merely expresses but completes the enjoyment; it is its appointed consummation…The worthier the object, the more intense this delight would be. If it were possible for a created soul fully to “appreciate,” that is to love and delight in, the worthiest object of all, and simultaneously at every moment to give this delight perfect expression, then that soul would be in supreme beatitude.” – CS Lewis

“Corporate worship at Bethlehem is the declaration in the midst of Babylon that we will not be drawn into her harlotries, because we have found in God the satisfaction of our souls.” - John Piper

“There will be a judgment where God will set the world right once and for all. For most people, judgment is a good thing. In a world of systematic injustice, bullying, violence, arrogance, and oppression, the thought that there might come a day when the wicked are firmly put in their place and the poor and weak are given their due is the best news there can be. Faced with a world in rebellion, a world full of exploitation and wickedness, a good God must be a God of judgment.” – NT Wright

“Today, the greatest challenge facing evangelical, Bible-believing American Christians is not persecution from the world, but seduction by the world.” – CJ Mahaney

“There are only two kinds of people – those who say ‘thy will be done’ to God or those to whom God in the end says, ‘Thy will be done.’  All that are in Hell choose it.” – CS Lewis

“Evil rarely looks evil until it accomplishes its goal; it gains entrance by appearing attractive, desirable, and perfectly legitimate. It is a baited and camouflaged trap.”- Klyne Snodgrass

“And I’ve always said, I don’t respect people who don’t proselytize.  If you believe there is a heaven and hell and people could be going to hell or not getting eternal life or whatever and you think ‘well, it’s not really worth telling them this because it would make it socially awkward.’  How much do you have to hate somebody to not proselytize?  How much do you have to hate someone to believe that everlasting life is possible and not tell them that?  If I believe that there is a truck bearing down on you, and you didn’t believe it, there’s a certain point at which I tackle you.  And this is more important than that.” – Penn Jillette

“Think how we feel when we see someone we love ravaged by unwise actions or relationships. Do we respond with benign tolerance as we might towards strangers? Far from it… God’s wrath is not a cranky explosion, but his settled opposition to the cancer… which is eating out the insides of the human race he loves with his whole being.” Rebecca Pippert

“A true opium of the people is a belief in nothingness after death – the huge solace of thinking that our betrayals, greed, cowardice, murders are not going to be judged.” – Czeslaw Milosz

“The new Jerusalem does not remain in a heaven far off in space, but it comes down to the renewed earth; there the redeemed will spend eternity in resurrection bodies.  So heaven and earth, now separated, will then be merged:  the new earth will also be heaven, since God will dwell there with his people.  Glorified believers in other words, will continue to be in heaven while they are inhabiting the new earth.” - Anthony Hoekema

“Every kingdom work, whether publicly performed or privately endeavoured, partakes of the kingdom’s imperishable character.  Every honest intention, every stumbling word of witness, every resistance of temptation, every motion of worship, every struggle towards obedience, every mumbled prayer, everything, literally, which flows out of our faith-relationship with the Ever-Living One, will find its place in the ever-living heavenly order which will dawn at his coming.”- Bruce Milne

“Hearts on earth may say in the course of a joyful experience, ‘I don’t want this ever to end.’  But invariably it does.  The hearts of those in heaven say, ‘I want this to go on forever.’  And it will.  There is no better news than this” - JI Packer