The love that Jesus brings 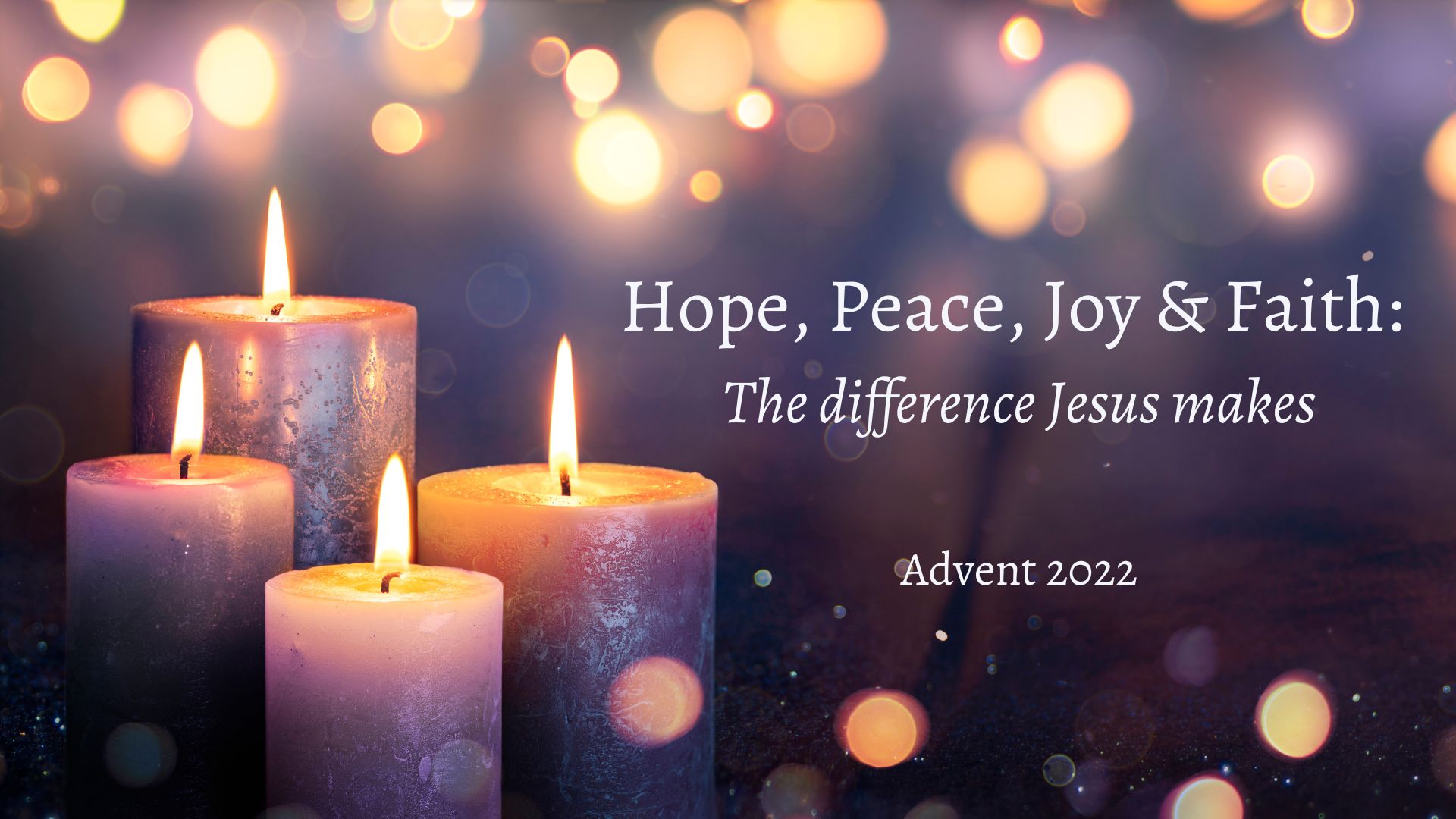 Advent Candle. Hope, Peace, Joy and Faith. But the greatest of these is love. The love that Jesus brings. After all, love was the motivation behind the first Christmas.

John 3:16 - For God so loved the world that he gave his one and only Son, that whoever believes in him shall not perish but have eternal life.

He came out of love, above all else. Out of love for you.

Philippians 2:6-8 - Who, being in very nature God, did not consider equality with God something to be used to his own advantage; 7 rather, he made himself nothing, taking the very nature of a servant, being made in human likeness.  8 And being found in appearance as a man, he humbled himself by becoming obedient to death-- even death on a cross!

Gave up the comfort of heaven to save you.

Hebrews 12:1-2 - Therefore, since we are surrounded by such a great cloud of witnesses, let us throw off everything that hinders and the sin that so easily entangles, and let us run with perseverance the race marked out for us.  2 Let us fix our eyes on Jesus, the author and perfecter of our faith, who for the joy set before him endured the cross, scorning its shame, and sat down at the right hand of the throne of God.

What do you get the God who has everything? The joy set before him was the only thing he did not have, and that was you. He came into our world out of love for you. Christmas is the greatest love story ever told, the one who came for you.

When you were at your worst, Christ died for you. And he will never leave you

Romans 8:1,38-39 - Therefore, there is now no condemnation for those who are in Christ Jesus…  For I am convinced that neither death nor life, neither angels nor demons, neither the present nor the future, nor any powers,  39 neither height nor depth, nor anything else in all creation, will be able to separate us from the love of God that is in Christ Jesus our Lord.

This love lasts even beyond the grave.

2 Corinthians 3:17-18  Now the Lord is the Spirit, and where the Spirit of the Lord is, there is freedom.  18 And we, who with unveiled faces all reflect the Lord's glory, are being transformed into his likeness with ever-increasing glory, which comes from the Lord, who is the Spirit.

Christmas is the greatest love story.

Nineteenth-century philosopher Søren Kierkegaard wrote the following parable, which has been widely circulated. It alludes to the Song of Solomon (or Song of Songs), where King Solomon is shown disguising himself as a shepherd to win the heart of a Shulamite woman.

“Suppose there was a king who loved a humble maiden. The king was like no other king. Every statesman trembled before his power. No one dared breathe a word against him, for he had the strength to crush all opponents.

And yet this mighty king was melted by love for a humble maiden. How could he declare his love for her? In an odd sort of way, his very kingliness tied his hands.

If he brought her to the palace and crowned her head with jewels and clothed her body in royal robes, she would surely not resist—no one dared resist him. But would she love him?

She would say she loved him, of course, but would she truly? Or would she live with him in fear, nursing a private grief for the life she had left behind. Would she be happy at his side? How could he know for sure? If he rode to her forest cottage in his royal carriage, with an armed escort waving bright banners, that too would overwhelm her. He did not want a cringing subject. He wanted a lover, an equal.

He wanted her to forget that he was a king and she a humble maiden and to let shared love cross over the gulf between them. For it is only in love that the unequal can be made equal.

The king, convinced he could not elevate the maiden without crushing her freedom, resolved to descend. He clothed himself as a beggar and approached her cottage incognito, with a worn cloak fluttering loosely about him. It was no mere disguise, but a new identity he took on. He renounced the throne to win her hand.

Listen to Brennan Manning in his book The Signature of Jesus:

“On the night of December 13, during what began as a long and lonely hour or prayer, I heard in faith Jesus Christ say, ‘For love of you I left my Father’s side. I came to you who ran from me, fled me, who did not want to hear my name. For love of you I was covered with spit, punched, beaten, and affixed to the wood of the cross.’

These words are burned on my life. Whether I am in a state of grace or disgrace, elation or depression, that night of fire quietly burns on. I looked at the crucifix for a long time, figuratively saw the blood streaming from every pore of his body, and heard the cry of his wounds: ‘This isn’t a joke. It is not a laughing matter to me that I have loved you.’ The longer I looked, the more I realized that no man has ever loved me and no one ever could love me as he did. I went out of the cave, stood on the precipice, and shouted into the darkness, ‘Jesus, are you crazy? Are you out of your mind to have loved me so much?’ I learned that night what a wise old man had told me years earlier: ‘Only the one who has experienced it can know what the love of Jesus Christ is. Once you have experienced it, nothing else in the world will seem more beautiful or desirable.”

God loves you so much that he sent his son into the world, so that all who believe might have eternal life. May you be seized by the power of a great affection. Trust and believe Him today.

As you are captivated by His love and the lengths he went to love you, you will start to look for ways to do the same. You will be willing to leave the comfortable for the sake of another person. Jesus said, what good is it if you love those who love you? Even the tax collectors do that. Love your enemies, pray for those who persecute you. Love those who are hard to love. Love in a way that is costly.

Christmas shows us what love is – love means leaving what is comfortable in order to bring life to another. Love is sacrificial. As you come to know this love, may you show the save sacrificial love to others in your life, bringing them