A story worth living

One of my favorite authors is a man named Donald Miller, who is best known for his 2003 book Blue Like Jazz. Miller writes with wit, creativity, and disarming honesty in the style of a memoir, reflecting on his life and what he has learned about God and himself through his experiences. Blue Like Jazz is currently in the process of being made into a movie, and Miller’s most recent book, A Million Miles in a Thousand Years, is about what he learned about his life and God’s grand story while the screenwriters “edited his life” for the big screen. His reflections on the boring, uninspired story he was living and the grand story of risk and adventure that God was calling him to live were fascinating to read, and really challenged me to reflect on the story I find myself in and to walk with faith and courage. Let me share a few quotes from the book that really spoke to me: 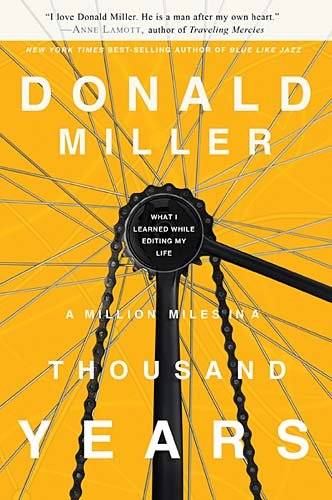 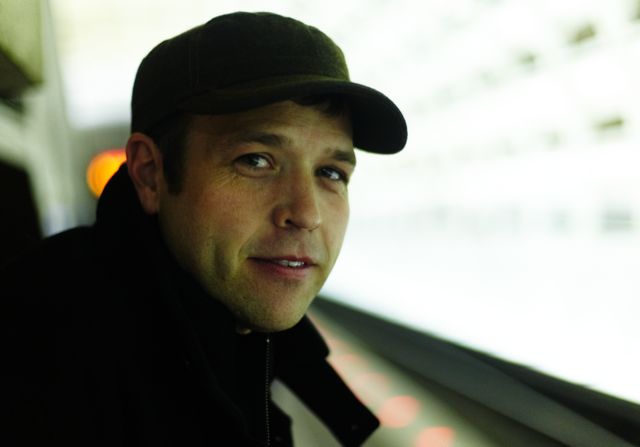 “People love to have lived a great story, but few people like the work it takes to make it happen.”

“A general rule in creating stories is that characters don’t want to change. They must be forced to change.”

“Humans naturally seek comfort and stability. Without an inciting incident that disrupts their comfort, they won’t enter into a story. They have to get fired from their job or be forced to sign up for a marathon. A ring has to be purchased. A home has to be sold. The character has to jump into the story, into the discomfort and fear, otherwise the story will never happen.”

“Somehow we realize that great stories are told in conflict, but we are unwilling to embrace the potential greatness of the story we are actually in. We think God is unjust, rather than a master storyteller.”

One of the greatest lessons from this book was that the great stories, the movies and books that we love, are never stories about comfort and easy lives. They are stories that involve struggle, pain, conflict, and the beauty of the stories come from seeing a character or characters overcome the conflict to reach their goal or to experience meaningful transformation. The football team overcomes obstacles to win the championship. The boy experiences a transformation of character and wins the heart of the girl. The hobbit and his companions overcome incredible odds and conflicts in order to reach their destiny. During every great story, there are a moment or two where it looks like the ending will be a sad one, that there is no possible way it can end well. But then the battle is won, the conflict is overcome, and there is joyous victory.

The problem with our lives, of course, is that most of us naturally seek comfort and stability. We want an easy life, free of conflict and struggle and pain. But those are precisely the things that transform us into people of depth and character, and pushing through the conflict to the other side is what brings real joy. But while we’re going through the struggle, it can be so hard to understand what God is doing or why He is allowing the pain in our lives.

“If a story doesn’t have negative turns, it’s not an interesting story. A protagonist who understands this idea lives a better story. He doesn’t give up when he encounters a setback, because he knows that every story has both positive and negative turns.”

“The pain [of the hike] made the city [Machu Picchu] more beautiful. The story made us different characters than we would have been if we had skipped the story and showed up at the ending an easier way.”

“You have to go there. You have to take your character to the place where he just can’t take it anymore… you’ve been there, haven’t you? You’ve been out on the ledge. The marriage is over now; the dream is over now; nothing good can come from this… Writing a story isn’t about making your peaceful fantasies come true. The whole point of the story is the character arc. You didn’t think joy could change a person, did you? Joy is what you feel when the conflict is over. But it’s conflict that changes a person… You put your characters through hell. You put them through hell. That’s the only way we change.”

There are many things in our lives that we can not control. But there are also many ways in which God is inviting us to follow Him into an adventure, a life of risk and danger and struggle, because He knows that He is a faithful God who can see us through to the other side. And He knows that we will be the better person for having experienced the struggle, if we would only hang on to Him and not give up hope.

“A good storyteller doesn’t just tell a better story, though. He invites other people into the story with him, giving them a better story too.”

At its heart, the Christian faith is a story. It is a love story of a God whose beloved children rebelled against Him, and the lengths to which He goes to win them back. It is an adventure story about a Hero who comes from a far off country to rescue His people from slavery. And when a person comes to faith in Jesus, the Story becomes their story, the story of a lost man rescued, a broken woman loved back to wholeness. And just like with any good story, the more people you share it with, the more people you invite to enjoy the story with you, the more wonderful the experience. Pray that we might have the courage and faith to allow God to make our lives a great adventure.

“To all who received [Jesus], to those who believed in his name, he gave the right to become children of God.” (John 1:12)