“For God so loved the world that he gave his one and only Son, that whoever believes in him shall not perish but have eternal life.” (John 3:16)

I was 21 years old and spending a lot of time in ministry to teenagers when the movie Titanic was at the height of its popularity. I distinctly remember the swooning sounds of many a teenage girl over Jack, played by Leonardo DiCaprio, as he won Rose’s (Kate Winslet’s) heart and then (spoiler alert) gave up his life to save hers by choosing to remain in the frozen water while she floated safely on the piece of debris from the ship.

But what if, instead of drowning in the movie’s climactic scene, Jack had chosen to die earlier? Remember that classic scene where he and Rose stand on the prow of the boat, arms outstretched? What if Jack had told Rose, “let me show you how much I love you,” and then jumped off the boat to his death to prove his love to Rose? Would Rose (or the swooning teenage girls) have been moved by Jack’s love? No – she, and we, would have certainly considered Jack stupid for such a senseless act. 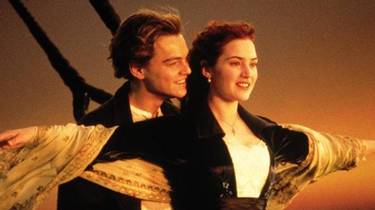 My point is that the intensity and attractiveness of Jack’s love for Rose in Titanic was proved by his decision to die for Rose so that she might be saved. His death was moving precisely because it was the only way to save her. If he had tried to prove his love for Rose by throwing himself to his death earlier in the movie, it would have simply been a senseless act of stupidity, not an act of love.

The Bible tells us that “God demonstrates his love for us in this:  while we were still sinners, Christ died for us” (Romans 5:8). If Jesus’ death was like Jack throwing himself off the prow of the boat, an act simply meant to display to us that God loved us, but in the end unnecessary for our salvation, it would only be a senseless act of stupidity that would transform no one. But what if it was the only way to save us? What if, like Rose, we were in danger – not just of physical death, but eternal separation from God? What if Jesus, by His death on the cross, has rescued us from certain death and given us new and eternal life?

The greater the cost, the greater the love. An act of love that not only saved us from eternal death but also cost Jesus His life, as He drank the cup of the wrath of the Father on human sin, is a love that is capable of transforming even the hardest heart. John tells us that “we love because He first loved us” (1 John 4:19). See Jesus, the lover of your soul, dying for you so that you might live, and let His love captivate and transform you into someone who loves God with your whole heart, soul, strength, and mind.