During the month of June, I want to take the opportunity in the Pulse to remember some of our brothers and sisters in the faith who have gone before us into the presence of Jesus. Paul writes in 1 Corinthians 15:58, “Therefore, my dear brothers, stand firm. Let nothing move you. Always give yourselves fully to the work of the Lord, because you know that your labor in the Lord is not in vain.” In that spirit, I want to remember and honor the work of the Lord that was done by some truly special men and women and testify to how it was not in vain.

Nine summers ago, I began meeting weekly on Friday afternoons with a couple of men who were struggling with addictions and looking for accountability. After a few weeks of meeting informally, we decided to invite a few more guys, put a little more structure to it, and give the group a name – Fight Club. One of the men who I invited to the first ever Fight Club meeting was Phil Vaglica. Phil was pretty new to our church, but he had a passion for recovery ministries, and so I asked him to join us. I will never forget that first meeting. I opened in prayer, and then, as I was about to begin speaking, Phil opened his mouth and started to explain what the group was going to be about. Having only known Phil for a few months, I wasn’t quite sure what to do, so I waited until he was done, thanked him, and then gently corrected him before continuing on with the group.

That was Phil Vaglica in a nutshell. Phil had a big heart, especially for people in recovery, and a sincere desire to see men and women experience victory over their hurts, habits, and hang-ups, as he liked to say. He called people regularly to make sure they were okay. He was concerned when people did not show up to church or to Fight Club. He was eager to share his stories of debauchery, followed by his years of recovery and sobriety, and was not afraid to talk about the battles he was still facing. And he was loyal. He always had my back, always wanted to make sure I told “Lady Michele” that she was missed, and he always spoke highly of me, even when I had done nothing to deserve it. 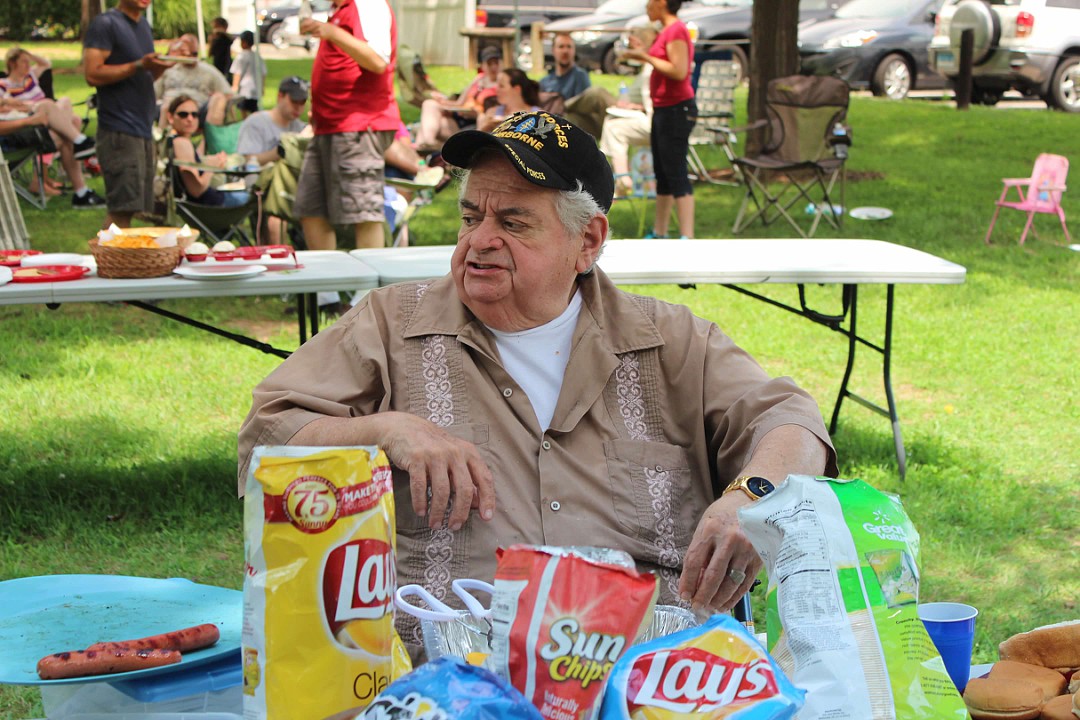 Phil had a big heart for people in recovery, but he showed it in his own unique, Phil way. Like that first Fight Club meeting, he had a tendency to be on a different page than most. He would launch into his stories at random times, dropping one-liners and pieces of advice in ways that sometimes made us scratch our heads. But we knew his heart, and we knew his motivation, and so it was okay. It’s what made Phil Phil, and we loved him for it.

One of the favorite verses in the recovery movement is Philippians 1:6. Paul writes in that verse that God will complete the good work He has begun in each of us. In other words, we are all works in progress, so be patient with each other. None of us has reached perfection. We all have our hurts, habits, and hang-ups, some more so than others. Our sin regularly causes us to unintentionally wound, offend, and hurt each other. And until we are perfected by Christ, that is the way it will be. Like the rest of us, Phil was no saint, at least not in the Catholic sense of the word. God was very much at work in Him, and he had a lot of material to work with. But that was okay. Because Phil was not the hero of his story. The hero was always Jesus Christ, the Savior who turned Phil’s life around, rescued him from his sin, and continued to love him and refine him from the first day until the day He died.

On January 24th, 2015, at the age of 74, Phil went to be with Jesus. On that day, God completed the good work he began when Phil repented and trusted in Christ for salvation. I thank God for my friend Phil, and for the God who loves us, even with all our hurts, habits, and hang-ups, and uses us for His kingdom.